Most of the risk of child sexual abuse comes from people known to a child - in their family and community. Other children also pose a risk, and around one third of those who have sexually abused a child are themselves under the age of 18.

And as Covid-19 restrictions mean that some children might be spending more time unsupervised offline and online or away from supportive adults, there’s a real danger that cases of harm might increase.

That’s why we’ve made a toolkit for parents, carers and professionals to help them be aware of the risks of harmful sexual behaviour in children and young people, so that they know what they can do to prevent it. It’s got support, advice and information, plus resources and links to useful organisations.

This is an especially difficult issue to deal with, partly because it is hard for us to think of children sexually abusing other children, but also because it is not always easy to tell the difference between abusive and normal sexual behaviours in children. Children, particularly in the younger age groups, may engage in such behaviour with no knowledge that it is wrong or abusive. For this reason, it may be more accurate to talk about sexually harmful behaviour rather than abuse.

Watch the film below to find out more about what it is and how to prevent it.

While around one third of child sexual abuse is committed by other children and young people under the age of 18, the circumstances are often very different from when adults abuse, meaning they often require a different response.

In such circumstances, instead of talking about 'the abuser', we often use the term 'young person who has exhibited harmful sexual behaviour'. As children themselves, they have the right to be protected and supported to lead better lives. We must not ignore the risk they may continue to pose, but we must also recognise that, with the right help, the vast majority will not re-offend.

If you discover that your child has harmed another child, it’s likely that you will feel shocked, confused and unsure about where to turn to for help. We find that parents want to do the right thing and they also want to protect their child.

Sometimes parents struggle to identify normal sexual behaviour in young people, and the circumstances of young people who exhibit harmful sexual behaviour vary - for example, using inappropriate language, to the abuse of a sibling over a long period of time. Parents often want to know 'why?', but it’s often not the result of one single thing and it’s likely the child won’t be able to say why.

Rather than punishing and shaming young people, we believe in helping them connect with their strengths and positive attributes, to draw them away from behaving in a way that harms others.

Each child is an individual and will develop in their own way. However, there is a generally accepted range of behaviours linked to a child's age and developmental stage. Sometimes these will involve some exploration with other children of similar age. It can be difficult to tell the difference between age appropriate sexual behaviour and warning signs of harmful behaviour. Occasionally we may need to explain to children why we would prefer them not to continue with a particular behaviour. This is a chance to talk with them about keeping themselves and others safe and to let them know that you are someone who will listen.

Children who are disabled may develop at different rates, depending on the nature of their disability, and they can be more vulnerable to abuse. Children with learning disabilities, for example, may behave sexually in ways that are out of step with their age. Particular care may be needed in educating such children to understand their sexual development and to ensure that they can communicate effectively about any worries they have.

It is important to recognise that while people from different backgrounds have different expectations about what is acceptable behaviour in children, sexual abuse happens across all races and cultures.

The online world presents another challenge. Today, most children and young people experience sexual development in a completely different way to their parents, which can make talking about sex more difficult. Almost all go online and many are exposed to pornography before they even reach puberty.

As adults we have a responsibility to do everything we can to prevent children and young people absorbing harmful material they find online.

We need to give them positive and accurate messages about the law, sexuality, sex, and relationships. We want them to understand the importance of kindness, respect, love, intimacy, and consent.

One of the hardest things for parents to discover is that their child may have sexually harmed or abused another child. In this situation, denial, shock and anger are normal reactions. If it is not responded to quickly and sensitively, the effect on the whole family can be devastating. For this reason it is vital to contact someone for advice about what to do as soon as you suspect that something is wrong.

The positive message is that early help for the child or young person and their family can make a real difference. Evidence suggests that the earlier children can get help, the more change there is of preventing them moving on to more serious behaviour. It is important to be alert to the early warning signs that something is going wrong.

If you are in this situation, remember that you are not alone. Many other parents have been through similar experiences, and, as a result, the child and family found the help they needed are were able to rebuild their lives. The first step is to decide that it would be helpful to talk it over with someone else. The Stop It Now! helpline is available for this support on 0808 1000 900.

Do you know a child or adolescent who:

If you answered yes to any of these questions, you should talk to the child or young person and seek advice.

What you can do if you see warning signs or suspect that your child is sexually harming another child, or thinking about doing so?

It can be disturbing to suspect that your child, or a child you know, may be sexually harming someone. It is so much easier to dismiss such thoughts and put them down to imagination. You may also be worried about the consequences of taking action. But help is available and it is better to talk the situation over with someone at the time, rather to discover later that you were right to be concerned. Remember you are not alone. Thousands of people every year discover that someone in their family or circle of friends has been abused or has abused a child.

Action can lead to abuse being prevented, and children who are being abused receiving protection and help to recover. It can also lead to the person who abused a child getting effective treatment to stop abusing and grow up as a safer member of our community. We need to get support for ourselves too.

"Talking to my son was the best thing I could have done. I set a clear limit, I let him know it was wrong and I told him that I would not help him keep his secrets. I also let him know that I loved him, that he was not alone and that together we would find him help."
Mother of teenager who was sexually abusing.

"We couldn't understand at first why he hadn't told us. Now we know how confused he was. He felt that it was his fault, even though he hadn't wanted it to happen."
Parents of teenage boy who was abused by two friends.

"I didn't have the words to tell my parents what was going on. I said I didn't want to be left alone with kids. I wish they had listened to me..."
A sexually abusing adolescent. 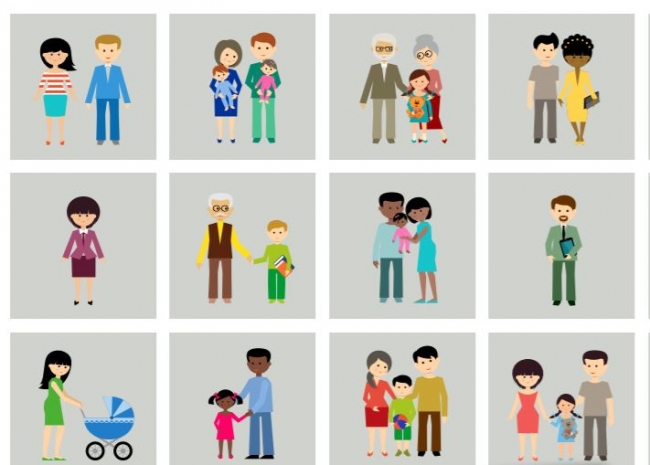 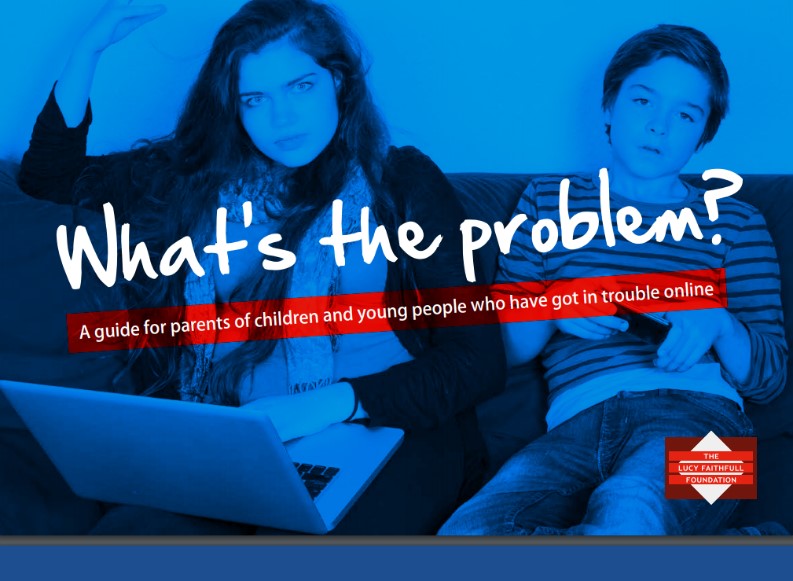 What to do if your child gets into trouble online

From sexting to viewing adult pornography, this guide aims to help parents and carers support children and young people who have gotten into trouble online.

Warning signs in children and adults

It can be very difficult to think that a child is being abused, especially by another child. But there are key signs to be aware of and we are here to assist you with responding appropriately. 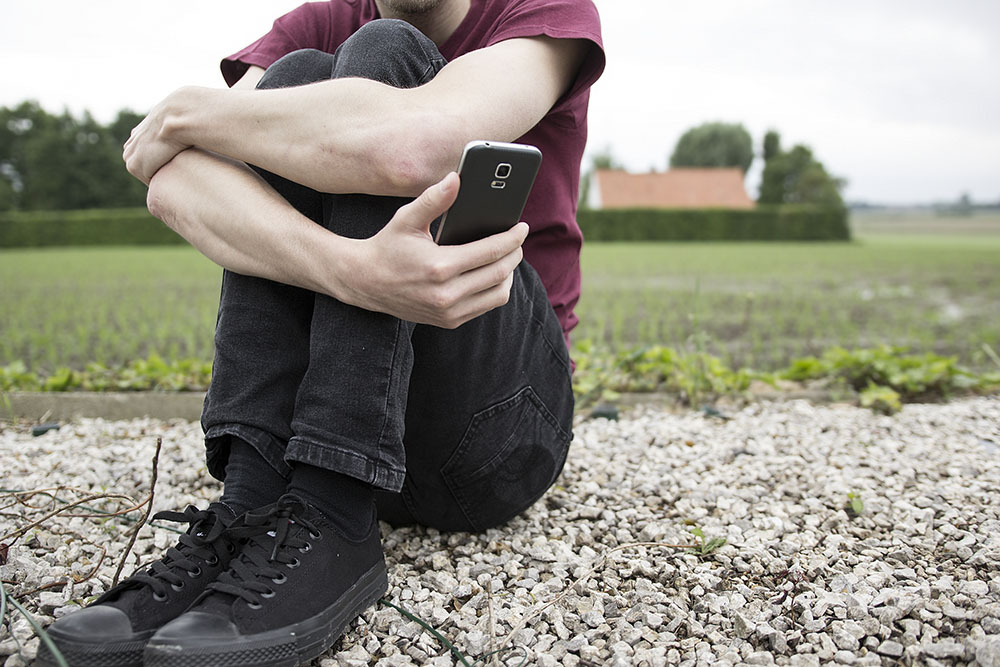 It's vital to understand the difference between healthy sexual exploration and what is not appropriate for children and young people. Read through our traffic light tool leaflets to understand more.